4 Rules For Being Happy In ANY Situation 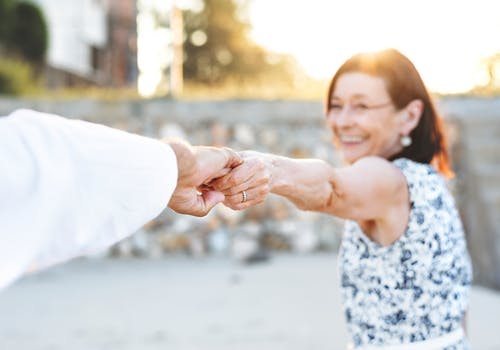 The culture we live in promotes the belief that pleasure is synonymous with happiness. If you have pleasure, you’re happy. If you don’t, you aren’t.

But most of the Classical ancient philosophers would disagree. Of late, modern day psychology and science are taking a renewed interest in the ancient perspectives on happiness.

First century philosopher, Epictetus, for example, believed happiness began and ended in the mind. By this logic, perception is the key to consistent happiness. Albert Ellis, developer of rational emotive behavior therapy, took this theory further, explaining that how people react to events is determined largely by their view of the events, not the events themselves. Aristotle, on the other hand, believed that happiness was an action and not a feeling, achieved through a life of virtue and balance.

It’s hard to say that any one of the definitions of happiness is exclusively or definitively right.

So, these are the rules I’ve identified by studying differing philosophies of happiness. These overarching principles can be applied to our lives to maximize our chances of achieving and experiencing true happiness — however we define it.

1. Embrace and embody the moment.

Live in the present. Stop thinking about what happened or what will happen. Enjoy the moments of pleasure, physical and emotional, before they disappear.

2. Accept that happiness is a lifelong journey which requires effort.

If you approach life from a place of entitlement, every setback will come with disappointment and bitterness. If, instead, you s

ee happiness as something to be grateful for, always, you’ll be much better equipped to calmly ride out the storms when they come.

Although circumstances influence us, the adage “mind over matter” is more sound than you might realize. Your attitude and perceptions about what happens in your life has far more of an impact on your happiness than the circumstances themselves.

4. Identify your belief system and stick to it.

Read philosophy and psychology to help you create a cohesive worldview. You have to have a road map for how you think life should be lived to live that way. And you have to live up to your own expectations if you want a shot at being happy. Like Aristotle said, true happiness is not just a matter of “feeling.” It’s an activity.

We may not be able to control the cards we’re dealt, but we can control the way we play them. Happiness is a journey of inner personal growth and perspective. You may not always feel happy in a certain moment, but if you continue to work on your attitude and personal character, getting back to that state of being is only a matter of time.